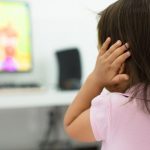 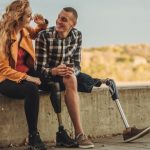 It really fills me with admiration to meet people who pursue their dreams despite having the odds stacked up against them. For instance, just few days ago, I went to search for a harness for my pet dog, Prosper as he is struggling to walk due to one paw being paralyzed and his shoulder was in [...] 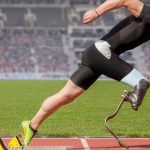 Each and every one of us have our very own ‘disabilities’.  If we are able bodied, we are only set apart from a disabled person when their disability is visible for everyone to see. It becomes a true inspiration when we read real life stories of people who suffered from physical disabilities- sometimes not because [...] 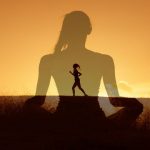 Lately in this blog, I have been featuring articles connecting the role of our outlook, attitudes, personality and how we deal with emotions on how they affect health ailments that we may have in our bodies. The mind-body-spirit connection in health and healing has many controversies and in this article, I will attempt to address [...] 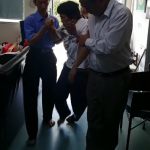 The following is a personal story shared by Dr Jeffrey Chiew, in his book The Millionaire Formula where he writes about mind over matter: When you perform mental programming, you must believe that it will really happen. You must give it a reasonable time to work its wonders. I first came across subconscious programming when [...] 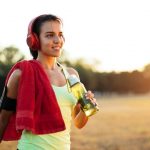 Whenever you find yourself swamped or overwhelmed with assignments, things-to-do, projects or perhaps you are feeling down because you’ve just quarreled with a loved one, going for a good workout can help to lift your mood and boost your confidence. Such times you may be tempted to stay in bed and feel sorry for yourself- [...] 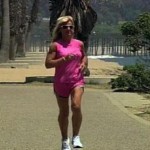 Here’s another story that I hope will motivate you to want to exercise. Nothing is impossible- if you are overweight or obese, you can lose your weight- one pound at a time. This story is originally in a video from NBC and appeared a few months ago. I’ve saved this video in my favourites link [...] 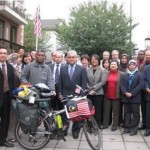 When you think that life would need to slow down after a heart bypass surgery, here’s an inspiration story from a fellow Malaysian. Grandpa, David Munusamy Reddie who hails from Nibong Tebal, Penang Malaysia is cycling around the world to see the many places and faces of the world. Not only he had a heart [...] 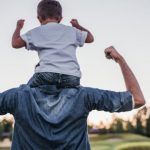 Recently, Fitness Concepts and The Star Online announced the winners of the “Forever Young Dad” contest. Basically, readers are asked to submit in photos of their dads who have stayed active in order to win the following price. The list of winners were announced and published on 10 July 09. It is well worth to [...] 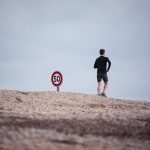 The April 2008 of Runners World featured an inspiring story on an obese principal who turned into a fit 48 year old marathon runner. To read the entire story, click HERE. In the physical magazine, his ‘before’ photo is featured and it is totally different from the ‘after’ photo. Before: Weight= 397 pounds Cholesterol= 440 [...]