Through past life regression, a lady realized that her husband in past life was her colleague and art teacher. It was not her current husband. This knowledge placed a lot of conflict and tension in her marriage to her husband of this life which resulted in separation.

These cases are not common…. a person who is regressed and sort of ‘recognize’ that the spouse of previous lifetime is not the current spouse but it is someone else who is known personally. Ahh… she thought…. that explains the strange attraction that she had towards the guy.

And so happened, she may be a little unhappy in her marriage. Perhaps her husband is a workaholic. They do not share much common interest – in fact, she did not find herself sharing the same feelings when her husband shared with her his dreams and aspirations. So she got to know a guy from work and got close to him, often going out lunches together.

The temptation is very strong. The desire to give in is overwhelming.

On the reverse, what happens if during regression you realized that your current spouse and you were mortal enemies for what seemed like many lifetimes. That basically the both of you had taken turns harming and even killing each other?

Both scenarios does not make out to a favourable out time. Well, you might say, at least you know and what’s the harm?

Is it really necessary to know one’s past lives? 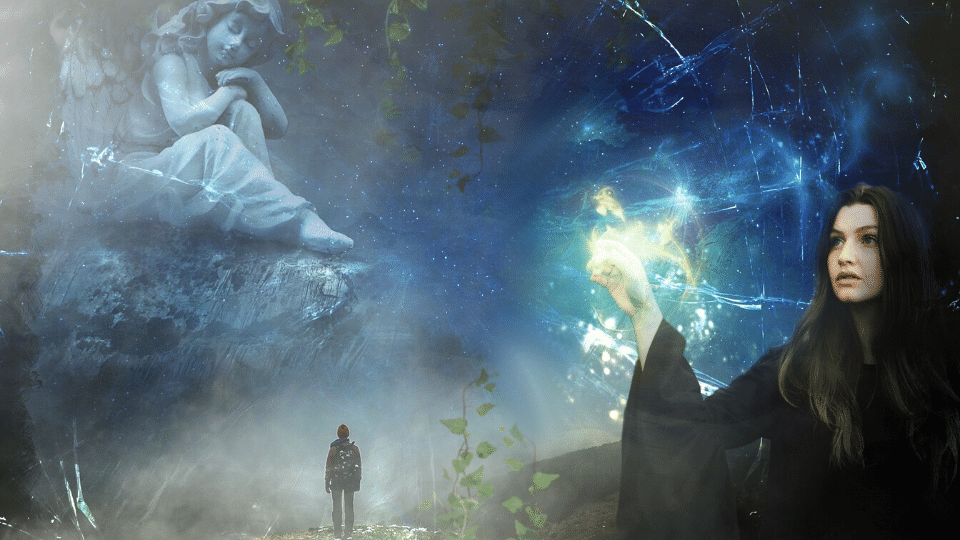 As a Buddhist, I believe in past lives. But as far as I am concerned it is what it is, the distant past. I cannot do anything about what I had been or done in the past. We only have control on our present thoughts and actions that shape our future behaviours.

Knowing too much have the tendency to form judgment as well as a kind of certainty in the situation. It is not common to find our partners or close family members were closely linked to us in our past lives. Often a strong attraction could be the unwholesome energy of hatred from the past that got mistaken as physical attraction. This leads the couple to fall into a dysfunctional and co-dependent relationship that may bring destruction at its end.

I have also seen in a video where Dr Charles Tramont mentioned that during his past life regression, he regresses an entity which was attached to the person and the past life existence was of the entity and not the patient. Originally he started out helping his patients using hypnotherapy but have discovered a number of strange occurrences during his regression sessions (including entities and even alien attachments).

Or it could also be forced memories by the subconscious mind.

Regardless, they are better left unknown. And to let sleeping dogs lie, ie leave them alone.

A need to find answers and seek closure?

People go into past life regression to seek answers to behaviours, fears, emotions and phobias that they could not find explanation in this life.

In traditional Buddhist teachings, past life knowledge, though not objected, was not considered useful. In life, we cannot run away of unfavourable situation like bad working condition, bad stabbing people or cheating spouses. These conditions arise due to the ripening effects from past actions that we have sown.

If we react negatively, we would be creating the causes of more bad effects in future. The cycle would have no end.

Many years ago, I had a colleague who through no apparent reason was all out to sabotage me. Somehow she just kinda hated me for no reason and tried to put me in a bad light so that bosses may view me unfavorably. She did not succeed but in fact gotten herself into trouble. I have never done anything to offend or hurt her in this life.

After sometime of enduring her ‘torture’ (I was a junior and had no choice but put up), eventually she left for a better company. I was so relieved when she left.

Few years later, we both are in different companies but our path crossed again and we end up working close together. By then, I had build up a tough personality and did not tolerate nonsense.

As I am also a meditator, I sensed the both of us had a strong karmic debts of the negative sort. It took everything in me to forgive and not to give in to aversion. I did not want to keep coming back and meeting her again and again and sabotaging one another. It took a few years but eventually we both ended on good and friendly terms, definitely a far cry from when we had started. There was no longer any anomosity.

So in the case above, there is no point of figuring out why we disliked each other so much. I was far from perfect myself and would be at fault as well. Most important, we mend our responses to negative behaviours being directed to us.

It is not the only case. I have had a few distinct experiences with this and often need to exercise lots of willpower and endurance to stop myself from being dragged in.

Remain calm. Don’t give an eye for an eye. Don’t go for revenge. Trust me, everyone would get what they deserve. Don’t soil our hands and heart in planning and getting even. If we do that, would be planting the seeds for similar conditions to happen to us in future where we get on the receiving end.

Sometimes even with people who are generally nice to us, it may seems that we rub them the wrong way without knowing what we did. It may be they are just having a bad day. These would pass after a few days. After all, no one is perfect.

The only thing you need to do something about is if the person is emotionally abusive, manipulative or gaslighting you. If it is effecting you very badly, seek support and help from friends.

Do not seek for revenge or getting even for it would then make us no different from that person.

Autistic kids and Alzheimer’s are sensitive to the our moods
Can a Narcissistic Person Ever Change?