Someone shared with me the trauma of growing up in a household with narcissistic siblings. As she was one od the youngest, she was constantly bullied by one after another.

It took her only recently to realize that her siblings actually are narcissist. About close to 40 years. Before that, she kept thinking something was wrong with her as they would gaslight her whenever she tried to stand up or reason with them.

I could see the experience has a profound impact on her and she herself had developed some maladaptive coping mechanism which she is trying hard to undo.

In this article, I would talk about what makes a person narcissistic, what happens when they continue their behaviour and can they change?

Why makes a person narcissistic 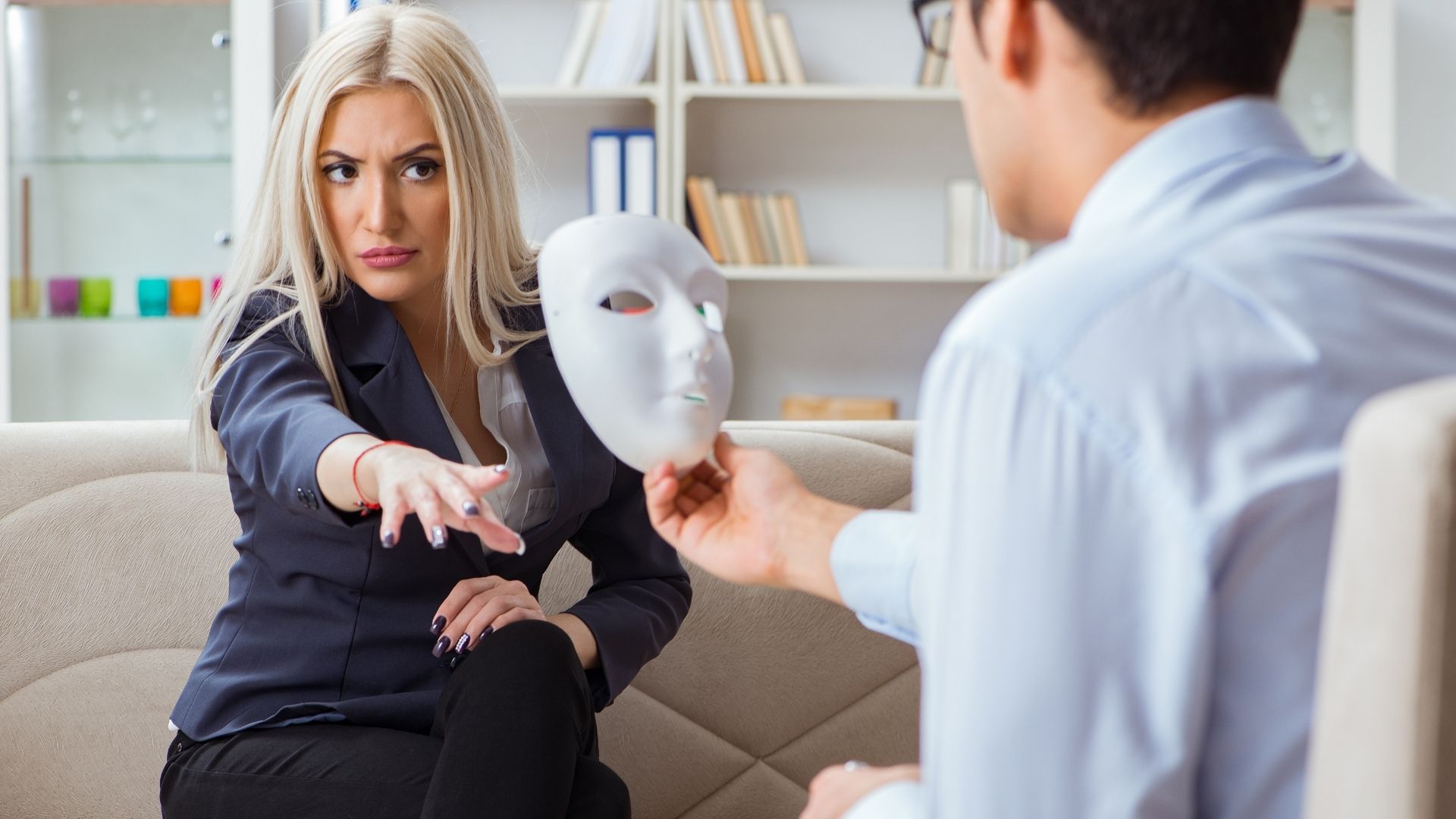 Usually it is observed that narcissistic traits are formed during childhood. This person, as a child may have someone who have either one or more of the factors combined:

1. A parent or grandparent who are condoning their behavior and constantly praise them but is often manipulative, and/or

2. Neglect or having parents who are often not present or not interested in the child, ie leaving child alone for long periods of time

3. Parents/ guardians emotionally abusing the child or being manipulative.

I believe everyone of us are born with certain traits and our environment would just bring out worst or best in the person. Therefore, we cannot just blame childhood alone though undeniably it has a huge impact in the development and behaviour of the person. To a certain extend, each one of us must take accountability in our behaviours.

This personality trait has become prevalent in the era where development is focus on ‘me, me, me’ mentality and developing self esteem. It is also a trait that is seen very much in Western or modern educated society.

In developing countries, this trait is not obvious during the time I was growing up (I grow up in Malaysia) but it is now more prevalent amongst the younger generations- in my career previously I was involved in training and my colleagues were in hiring so I was able to see the change in behavior of millenials which was very different from my time.

It also struck me during my stay in Thailand, a society that values manners, courtesy and filial piety, some people seemed to have that trait but it is in dormancy especially if financially they are not well off.  I mean when you need to worry about where the next meal would come from, expressing one’s anger, being selfish and self entitled would not be exactly the choice for survival. The traits can be noticed in a few people at times when it flares up especially aiming at those whom they can ‘bully’ to let out their frustrations.

There are 2 types of narcissists:

You can find YouTube channels which is devoted on the subject of narcissism. However, I was surprised to find that a lot of channels seemed to be ‘bashing’ the narcissistic person and branding them as evil and cannot be changed. The solution suggested was often to run and leave these people. I read an interesting comment about some theory going around that these narcissistic bashing channels are actually started by covert narcissistic who came out of an abusive relationship with an overt narcissistic. And it is a way of shifting the blame.

While it is true that it is difficult for a narcissistic person to change, it is not impossible. Narcissism itself is after all, also a maladaptive coping mechanism partially attributed to upbringing and environment. And it is one that seemed to bring success materially. Narcissistic people can work very hard and rise to a position of power. Often they are bullies or are expert at employing psychological bullying tactics and playing politics to make their colleagues, staff and bosses do what they want.

However at home, their family members literally walk on eggshells when dealing with them. Their loved ones are often emotionally abused, yelled at, turned against, given silent treatment, being controlled and unjustly being accused of wrongdoing with mountains made out of molehills. This makes such person extremely difficult to bear with. Children would leave and spouses may eventually file for divorce. Siblings may cut them out from their lives. Friends who went through huge confrontation may choose to ghost this person.

And in careers, karma comes around too. Eventually the narcissistic person ended up reporting to a new boss who is equally narcissistic or even a psychopath. And the new boss develop aversion towards this narcissistic person and work to manage the person out. I have seen this happening on more than one occasion throughout my career. Even if that person makes it to retirement, people would just ghost this person because they are sick and tired of putting up with this person for the sake for their ricebowls and would not want to have this person in their personal lives.

Sometimes, this person may have a wonderful spouse who put up with all their narcissistic crap for years. But sadly, such spouses may die relatively young from illnesses like cancer, or in a sudden death that follows an unexplained illness like internal bleeding.

So in the end, the narcissistic person ends up all alone if he/she refuses to change.

Narcissism is often a spectrum. That means a person may have some of the traits but it is not a full blown personality disorder. These are easier to work on. This is because narcissistic people are usually intelligent as well. It would occur to them at a few points that it is their behaviours, and not other people faults that are driving people to leave them. They would know that aside from family members who tolerated them, they are unable to live with anyone else when they have such traits because their mind goes into such horrible fault finding, verbal abuse and rage mode. Who except a saint could ever tolerate them? Even if they ever have a good fortune to meet a saint who tolerate their behaviour, they would still self sabotage themselves and getting into problems with other people.

When they hit rock bottom and life brought them down to their knees, they may see that they may be the cause. One cannot blame others all the time. I like Dr Todd Grande’s neural and non judgmental approach in dealing with behaviorial and personality issues.

There are narcissistic people who genuinely wanted to change. This is because they may get glimpses of a kind of happiness that comes through non manipulative ways and touched by certain people in their lives who loved them wholeheartedly but whom they know they are hurting deeply with their default narcissistic behaviours. When we get out ways through coercion, emotional blackmail or manipulation, the victory feels very very hollow. And that we feel would be taken away from us anytime.

He did cautioned that sometimes when a narcissist realize the err of their ways, deep shame may develop and they may display avoidant personality disorder where they start to isolate from people. Dr Daniel Fox also mentioned in his YouTube channel that a narcissist need to work with a therapist or mental healthcare professional who is experienced in treating narcissism. This is because if the professional is not sharp enough, they may be brought over by the sob stories of a narcissist who have hit rock bottom and having their ego broken.

What a therapist or psychologist do would be to mend their self esteem and it would restore the narcissist back to their default behaviour. This causes the narcissist to feel alright again and drop out of therapy.

I believe if a person is determined, he or she can change. Even though for someone who is narcissistic, it is an uphill battle that goes again every grain of cell in their body. The narcissist may think, well, I am meant to be alone. I am not a trained mental health professional but I would like to offer my 2 cents from a spiritual perspective.

What a narcissist need to realize is the restless judgemental thoughts and manipulative ideas are just thoughts that comes and goes in our mind. They are not ours and can be ignored. Especially if through experience we know of the trail of destruction giving in to these thoughts had brought to our lives.

Can we begin to accept that negative traits can actually be transformed into positive traits? For example, if we are stubborn, instead of driving people around us crazy, we can turn that attitude inwards for change. Stubborness and pride, turn inwards can change into determination. Determination to change.

Part of narcissism involves a lot of judgemental and negative thinking. In the past, these energies are directed outwards and we had never thought to look within ourselves. Instead of having our mind moving outwards and forming these unhealthy judgements on people, why not direct inwards and be critical of our own response and feelings towards others? A monk in his talk once said that when we dwell in negative thinking, it is like taking a taking a poisonous arrow and stabbing ourselves repeatedly with it.

Finally, let me leave you with a quote by Wendy Behary in this article published in The Cut.

It’s not your fault you’re like this, but it is your responsibility at 45 or 50, to learn how to undo this, if you want to spare your relationship and keep your job intact.

Why Thai People are So Slim Despite Having Sweet Tooth
Thalassemia and the reason to live
Why do I have trouble breathing when I am stressed and tired?
8 Ways to Detox Electromagnetic Energies from Your Body
Spread the love
narcissist

When illness, tragedy and grief pushes one towards personal transformation