Demonic, spirit and influence from unseen forces may be more common that we think. This is what I discovered in my journey of understanding health issues especially related to addictions, mental illnesses, depression, suicidal thoughts, abusers and serial killers.

Especially when it comes to gruesome murders being committed where survivors spoke about how the killers seemed to transform into something that totally frightens them. Ted Bundy (serial killer and rapist) was described as his look changing into someone very frightening- his pupils would turn totally black, his face changed into something very horrifying and it is accompanied by this terrible odor that came out from him.  Whereas Jeffrey Dahmer was said to shapeshift when he was attacking the victims.

Some religious groups are quick to blame the devil, satan and demons for causing all the bad behaviours in humans. To them, deliverance (exorcism) may help to solve the problem. This believe is also common in Asia and other parts of the world where shamanistic medicine is being practiced. 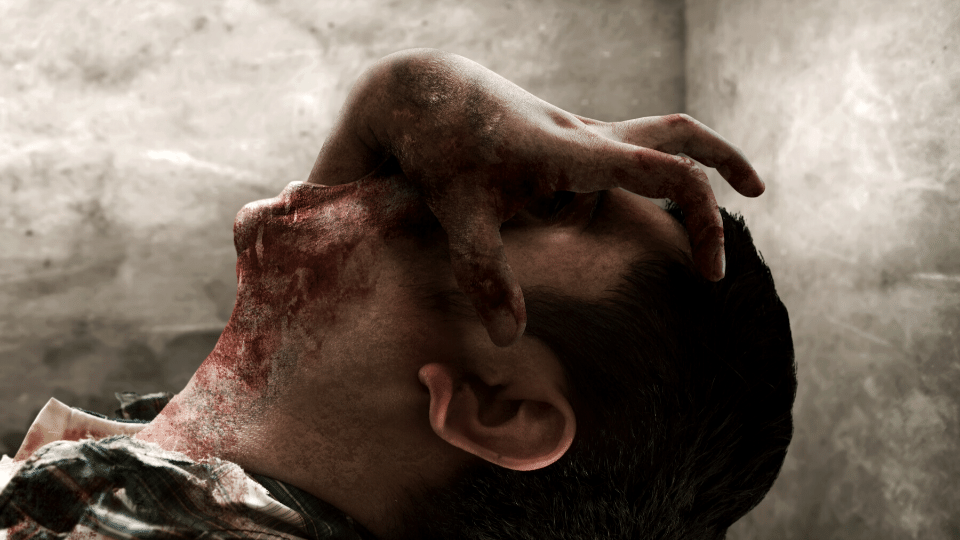 Well, if that is truly the one and only root cause, then exorcism or shamanistic rituals to dispel the entity would have worked. But why do most people suffer from relapse?

Because there is something in the person that condones to those behaviors. In the case of serial killers, I believe they are born with the high propensity of evil within them compared to other human beings. All it takes is a small trigger or event- ie abusive parents and bullies in school to set off these negative impulses.

That explains why not all people who went through traumatic childhood grows up to be serial killers. They may grow up to become addicts to numb their pain but they would not become serial killers because they do not have this trait within them to take the life of another individual away.

These forces are attracted to a person with similar frequency and predisposition towards evil. Forces that attach to people who are capable of performing killings are in a totally different breed than the benign (by comparison) of earth bound spirits who attach and influence people in addictions and depression.

I also felt there is a kammic role in play, in the sense that the demonic entity of the serial killer could have been with the person more than one lifetime. It is powerful and could not be destroyed by any ordinary exorcism because these beings are not the type who would just do as they are told and ‘go towards the light’.

It all started by thought planting and reciprocation

Let’s say if you have an evil friend who is manipulative and intelligent whom you befriended since you were a child. You don’t know why you befriend him when most people just instinctively avoid him. This friend would say the most evil things but was the words you needed to hear each time you are traumatised by abuse, neglect or bully that you have endured as a child.

At first, he started off by whispering to you that so and so is bad, evil, blah blah. Slowly, he started to make suggestion for you to hurt of kill people. Maybe he convinced you that he was God and these people needed redemption. He even device a good plan on how to do it and promise you that you would not get caught.

For most of us, we would run as fast as we can from this evil and lunatic friend. We would shut them out because the humanity and conscience within us overpowers this evil urge. If we find some part of ourselves agreeing with him, we would seek out religious group, mentors or read empowering books to led us back to the right path.

Yes, there are times in life that we may get upset with some people that in the heat of our anger, we may wish something bad happen to them. But even though we are angry, more than 99% of us would not go, take a gun or knife and kill the person.

But in the case of serial killers, they would. All the evil friend, aka the evil force does is keep planting thoughts and it may take years before the person could be ‘groomed’ enough to carry out the instruction and suggestion.

Ted Bundy was an alcoholic when he was a teenager. He could be attempting to do it to shut off those voices as well as deal with the trauma of his childhood. But getting drunk or stoned (taking drugs) is very dangerous because it knocks out our senses and conscious brain. It also weaken our aura or protective shield which eventually resulted in a full possession of the entity.

Acting on the urge

Some do not need to consume drugs or alcohol to numb out their senses. When their minds constantly engage in this negative thoughts, they lose the inherent awareness and spiritual protection. Because they lack awareness, they are not able to differentiate between a ‘planted thought’ and their own thoughts. As their minds get weaker and weaker, eventually the influence of the entity on them is very strong.

The important point to realize here is it is very difficult for a full and complete possession to happen without consent from the individual. Ted Bundy also had a psychopathic and manipulative nature with a sense of wanting total control that operated in similar frequency with the entity that influenced him. Therefore, the entity is merely magnifying one of Ted’s emotional traits.

Each time before Ted Bundy goes out to kill, he has to get himself drunk to shut off the little conscience and humanity in his heart to commit these inhuman acts of cruelty. Like evil, there would be good. He also have a good side of him which is evident from his relationship with his long time partner, Elizabeth Kloepfer. Ted Bundy is not the only killer who is a human with a few selected people in their lives. Even Hitler who committed untold evil in the world, was kind to his wife.

Some of the children of serial killers had no idea that their father is capable of such heinous crime until they are caught by police and evidence is shown to them. These serial killers are said to be good fathers. Examples are accounts from Kerri Rader, daughter of the infamous BTK killer and Melissa Moore, daughter of the Happy Face Killer.

Next…. What to do if you feel an urge to hurt or kill someone

Top Oncologist Passed Away from Cancer

When the job takes a toll on your health

A cancer diagnosis that forces a woman to relook her life

What to do if you feel an urge to hurt or kill someone
Danger of hypnotherapy – manipulation, false memory and spirit attachment