The ability to see the death is not culture, race or religion dependent. Some people just have the ability to see dead people (known in Chinese as having 阴阳眼). Because this particular ability or curse (as some would call it) only happens to a small minority of people living amongst those who are not able to perceive the spirit realm, it can cause a lot of conflict and mental anguish.

I personally know of 4 persons who shared with me their ability to see ghosts. These 4 ladies are of different races with different faiths: 1 Caucasian (Christian),1 Malay (Islam), 2 Chinese (Buddhist and Taoist) and 1 Indian (Christian).

Aside from that, there are monks who when I see them, I knew they have psychic abilities but usually they do not talk about their abilities unless to their very close circle. It is not unusual that they develop psychic abilities as the result of their meditation practice.

Why some people are able to see ghosts and spirits? 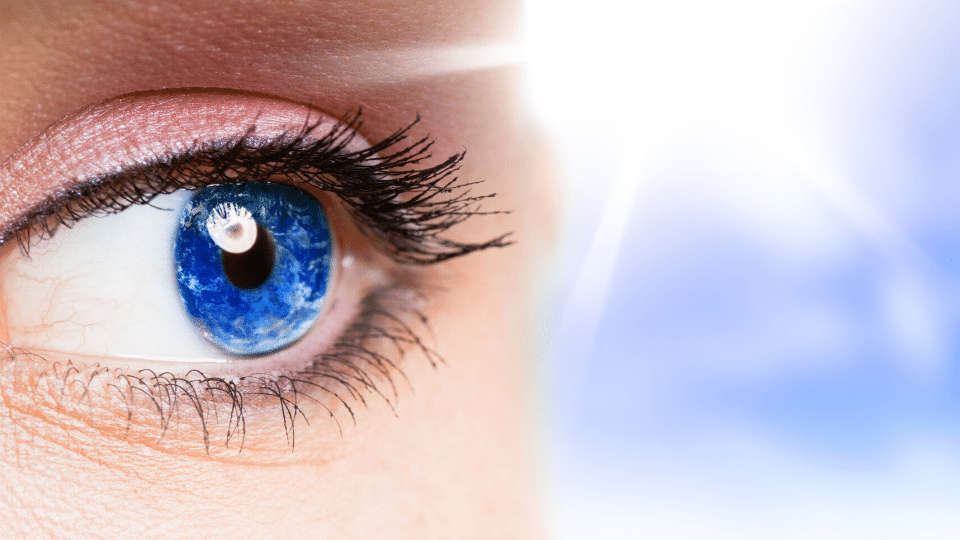 This is purely my opinion and explanation from a Buddhist point of view. As Buddhist, we do not believe we have one life but multiple lives. Having the ability to see spirits or ghosts sometimes occur in some people as the result of their concentration practice in this life or in past lives. When they meditate and achieve deep sense of concentration, some people are able to develop psychic skills which varies from one person to another. Going back to ancient times where there are a high number of spiritual seekers, yogis, witch doctors or shamans all over the world- they would have acquired the ability through deep states of concentration.

When these group of people are reborn in this current existence, the psychic abilities like seeing the dead may be brought forward in this life. Some already have this ability from the moment they are born. Sometimes it remains dormant till certain event triggers the ‘awakening’ of the sense ability.

A Malay friend of mine has this ability to be able to see the dead. Actually she was not born with this ability. However when she was 17 years old, she almost drowned while going for swimming in a river. She has been technically death for 3 hours. Somehow she woke up and since then she found she was able to see ghosts.

At first the sights were very frightening. Imagine she would open her eyes and frightful images will appear before her. She thought she was growing crazy. Slowly she was advised by some Ustaz (Islam religious leaders) about her ability that she has inherited. She has the option to shut off that ability or to learn to live with it.

She told me that at first she was very afraid because these images would just appear uninvited. Some are ugly, some stinks and some are downright vicious. But with time, she learned to cope with these sights and ignored them. When they know she is able to see them, some of them wanted her help to pass message to the living but she did not respond because she did not want to go down the path – as once she start doing it, word would get round the realm. Then more and more would come to ask for her help.

This friend of mine chose to live an ordinary life- working in an ordinary job, having a boyfriend and eventually the plans to start a family. Because of the sights that are constantly distracting her, she would lack the mental energy and grit to rise up in the corporate ladder. But it is a path that she wishes to choose and I completely respect her.

Once, a friend brought her to see a exorcist. The monk knew she has the psychic ability. He said he can teach her how to catch these spirits and cast them away in a bottle and throw them away. On the practice of catching a spirit, casting them away and throwing them in a river or sea, it exists in Asia cultures. The famous story of Mae Nak, that has been made into a movie- the ending on how she has been casted in a bottle and throw away used to be part of ancient practice. That is why we have always been told not to take back items that we find on the roadside, jungle or open any containers that are floating in the water…

Personally, I do not agree with the practice of casting away spirits or ‘killing’ them. A Buddhist nun who have also have this ability told me that if a spirit is being killed, it would be reborn and probably due to its anger and hatred, it would become more powerful and come back to harm the person. Even if it means following the person on multiple lifetimes.

Or if it is being cast away, some unfortunate person may find it or the container may break and the spirit may come back more vindictive and angry.

In Thailand, some people instead choose to ask for forgiveness and perform meritorious deed in their name. Some would choose to go for temporary ordination and dedicate the merits to them. When the spirits accept, it can then go on its own way to another rebirth and you would break the negative kammic bond with the being.

Even though this is a special ability, I strongly advised against using this ability to generate wealth. It is very tempting to do so, after all most of us are influenced by society that places monetary gains on everything. For example, charging people high fees to exorcist spirits or being a psychic medium. It is very tempting but once you use your gifts for material gains, you would find yourself treading very dangerous path towards destruction. If you are driven by greed, apparitions and temptations would come in from evil spirits or what you may call the Devil himself who would be making pack with you and whispering the promise of fortune and fame. Usually there is a timeframe attached to some deals. When the time’s up, the deal with be off. There may be dangers to one’s immediate family whose energy shields are not strong enough.

It is very likely that this ability originate from your past spiritual practice since the ability to see is often a by product of deep meditative concentration states. My suggestion is to find a good competent meditation teacher who is able to guide you to pick up your practice from where you left off.

Do note that a good teacher will not ask you to use your ability for profit, nor ‘kill it’.

Usually people with such abilities or any psychic abilities are what I feel to be ‘chosen ones’. They are born into this life and granted that skill best used to help others. It is not for profit, fame or fortune. And it is a very hard path to follow. Sometimes there is a spiritual calling but they may not be able to leave their worldly life to walk the chaste path of practice. They can deny the skill and live a normal life but generally that life would not be long lasting. There may be some loss along the way or constant conflict which happens when one denies one’s calling in life.

Critique of wet acucupping (bekam) treatment method from a visitor
Is bak kut teh healthy for you?