Children due to their innocence may blurt out whatever they are feeling or thinking without a second thought.

However, bad repercussions may arrive for having teased, insulted or hurt another child with one’s thoughtlessness.

I want to share with you three real life examples that really happened in my life. It is strange but whatever the child laughed at come back to the child worst off than the child that he/she was teasing. 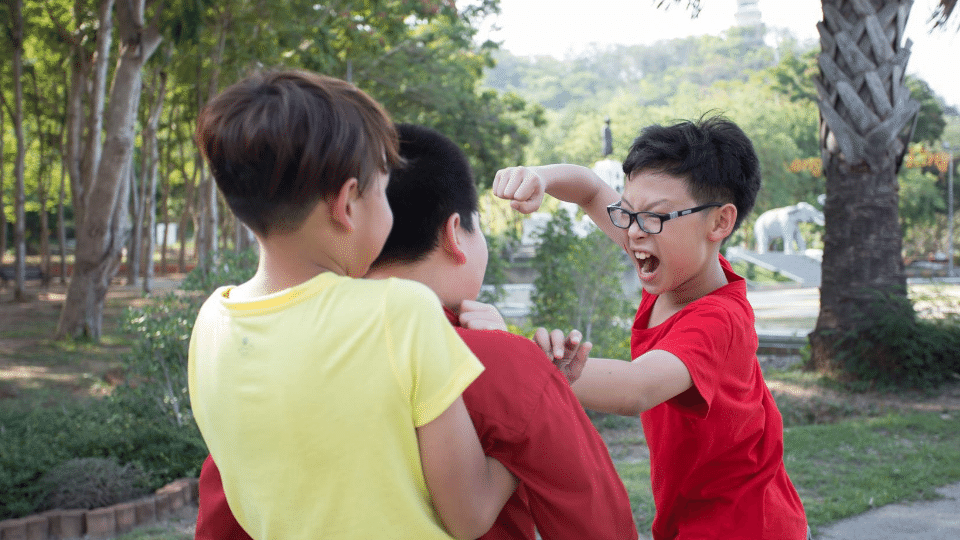 Case of bullying the little brother

When I was young, I must admit I was quite mean to my brother. I am the eldest child and when I was born, I got all the attention of my family. Came my brother later who was such a cute baby, I felt very insecure. My mom relayed to me that I used to throw a huge tantrum when my dad carried my brother. I could already walk but my brother was just starting to walk.

My dad would then had to put my little brother down and carry me instead. My mom commented my legs were long and dangling off while my poor brother had to struggle to throttle along.

As my brother was growing up, he was quite a shortie…. in fact, he literally had the shape of a humpty dumpty with plump body and short legs. I had always towered above him right up to about we were 10 or 11.

Then when he went to high school, he started growing taller and taller. While for me, my growth just stopped. Today, my brother is almost one head taller than me while I am considered short ?

I always felt this happened because I had been so mean as a young insecure child of 2 or 3 years.

This is real life incident that happened to me when I was about 9 or 10 years of age.  My brother had contracted chicken pox from school. He started developing the chicken pox at some parts of his body. A few of the pox landed on his face….just a few, not much. There were quite small pox.

But having chicken pox is of course very uncomfortable and the poor thing was quiet miserable from the chicken pox.

I remembered pointing my finger at him and laughing…”haha, so ugly, your face so ugly”. Yes, I was that mean.

Eventually, my brother healed and ….infected me with the chicken pox.

However, it was very strange when I got the chicken pox.

At that point of time, I knew instinctively that it was retribution for teasing the little one. Even though he did not complaint much, he was very miserable.

My mom got so worried and she warned me not to scratch the poxes because it would cause permanent scarring. It was with real difficulty that I had to control myself because the poxes were so itchy.

Eventually, about 3 or 4 of the poxes got scratched off and formed a deep mark at a few part of my face. I was fortunate that only a few and I did not get my face permanently scarred. Even the 3 or 4 poxes still have its mark till today.

You can bet after the incident, I never got into teasing other people again. If the person we tease does not deserve it, there is a high chance we would get the taste of our own medicine.

Being teased as a fatty

I had always been overweight when I was young. My parents had to work to make a living and I grew up to be quite a lonely child. My brother was a quiet person by nature and would just play with his toys- he did not like talking much. So I ate a lot of junk food (we had 2 convenient stores within walking distance and I used whatever money I got on junk food). That is why until today I could empathize with those who used food for comfort.

Some of the teachers at my primary school were quite mean. They would single me out to tease me mercilessly in front of the class. And funny thing, there were 2 teachers who did that and they themselves were fat too.

However, one incident I remembered clearly. Once, I was walking back in my school uniform to my house. That day I was feeling particularly down…I forgot what it was about. I passed by a house whereby there was a young girl probably about few years younger than me. She was in her primary school uniform and had the normal size for a child of her age.

She pointed her finger at me and laughed at me for being a fatty. At that point, she really hurt my feelings, I was down that day and she made it worst.

Of course we both grow up and would bump into each other from time to time.

She has put on so much of weight and became obese. She would be lucky if she has my size.

It does not pay to tease another

I know sometimes parents actually chuckled internally when their child teases another less fortunate child. For example, the girl who teased me fat, her guardian was there and tried only half-heartedly to stop that girl. But I could tell she did not mean it and could have cheekily be glad that the little girl was able to express what the adult felt.

However, sometimes what they tease in another can come back to haunt them. If you love your child and do not want the teasing to happen back at your child, it is best to stop them when you see them behaving in that manner.

Love your big nose- before you decide to go for nose job
Does evil eye or envy causes baby to be sickly?
Why night owls should transition to become early birds/riser
Autistic and hyperactive child and mother with cancer - spiritual causes
Spread the love
Related Pages: Pregnancy  | Children |  ADHD/ Asperger/ Autism
children, skin, why

Calories in food by KFC (Kentucky Fried Chicken)
Should you resign from your job to take care of an elderly parent with illness?