It is very sad that grown up children choose to abandon their old and defendless parents when they are no longer of use to them. Unknowing to them, their own children are also watching and would most probably follow after their footsteps.

Through the years, my mom had shared with me some real old folks abandonment stories happening in the wards that she had worked. Some of the stories are so comical unexpected that we do not know whether to laugh or cry.

All these real stories happened decades ago when my mother was still working as a staffnurse in a public hospital. 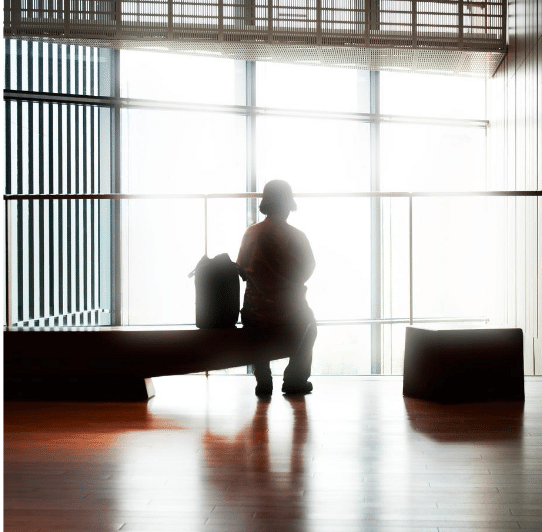 Real story # 1: Abandoned after signing over the property and estate transfer

Once there was an old lady who was admitted to the third class ward for treatment. Her grown-up children came and made a huge fuss about placing their mother in the third class ward. But the fact is, the first class ward is usually fully occupied and she was placed there because there were not available beds.

There were flowers and hampers and many visitors (her children and grandchildren). Later, the lady was being transferred up to the first class ward when there was a bed available.

Not long later, the old lady was back at the third class ward where my mother was working. Puzzled, my mom asked her colleague what happened and was told the moment the old lady signed over the deed and money transfers, her children abandoned her and requested to move her back to third class.

There was also no more visits or gifts to her old lady anymore.

Lesson learned: Never ever sign over the deed or bank account. Actually, the old folks can retain properties under their names. If they are worried that there would be complication after their passing, file a will to dictate clearly what to do with the properties and bank account.

Real story #2: Given the wrong address

An old lady was admitted to the hospital ward. When my mom informed a visiting family member that the patient can be discharged, the person disappeared. Through the help of social welfare, my mom was able to trace the phone number of the next-of-kin. She was then given an address to deliver the old lady.

Happy that the old lady is finally able to go home, my mom arranged for an ambulance to send the old lady home.

Do you know what address that was given to the hospital?

The address belonged to a funeral parlor!!

When the ambulance driver attempted to drop of the patient, the caretaker said….’eh eh, stop. This place only accepts dead people. We do not take in those who are still alive.”

The ambulance had to bring back the old lady and driver came and complained to my mom.

However, the old lady looked so sad. Not long later, she passed away.

Real Story #3: My wife does not like my mother

There was a man who came to visit his mother every day when his mother was admitted to the hospital. He would bring along a piece kuih (dessert) that he said her mother liked to eat. Sometimes he would eat together with her. However when my mom informed the man that his mother can be discharged very soon, he said sadly that his wife does not like his mother.

And the man never came to visit anymore.

Real Story #4: Oh, this is just my servant

And my mom would never see the visitor’s face again.

Once, due to a wrongly updated number, my mother and her colleagues did not manage to contact the next-of-kin of a Malay elderly patient. So they had no choice but arranged to send the patient to the Sungai Buloh old folks home as the ward was desperately short of beds to treat more acute cases. The patient’s nephews were so upset and came over to the ward to scold my mom and her colleagues for being so mean to send their beloved emak saudara (auntie) to the old folks home. My mom did not mind the scolding, in fact she was glad that the patient would be able to go home.

Please do not abandon our parents when they are old and weak. They may have not been good parents to us but without them, we would not have existed. Do not discard them away like they are a burden.

In Asian community and also in many religious beliefs, filial piety is very important. If we abandoned our parents in their time of need, the same is very likely to happen back to us.

I agree that when it comes to the time when they are totally not able to take care of themselves, and we are not able to take care of them (for example they are in pain and require professional assistance to get them up from bed, or we have to continue to work and have kids to care for), they may need to be place in assisted living. However, we would need to visit as often as we can. If we neglect them, these poor old folks who raised us through hardship would die of a broken heart.

Walk barefoot on the soil to improve your eye sight
Cause of forgetfulness- restlessness and remorse
Emotional causes of Alzheimer's | Dementia- my mom's story
Why we feel more lonely and isolated
Spread the love
sad, seniors

Should you resign from your job to take care of an elderly parent with illness?
Layout changes for this Health Blog