Do you find yourself caught in the embarrassing situation of having dandruff on your dark coloured coat even though you wash your hair often? Even by trying the smelly tar shampoo that is supposed to get rid of dandruff only relieved the condition a little.

If you work out often in the gym, and tend to bathe and wash your hair immediately after workout, consider waiting till your body really cool down first before bathing. 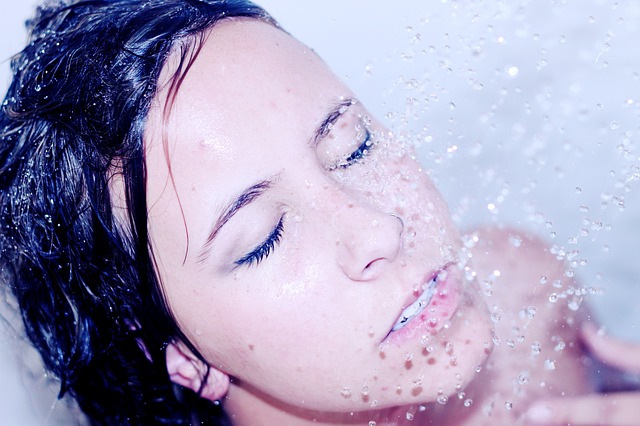 I have been a gym goer for more than 2 years, and I noted previously that I suffer from the dandruff problems when I bathe immediately after workout (well, generally don’t like to hang around the gym after workout so I would quickly bathe after doing my cool down stretching). But after accepting the fact that bathing right after gym is detrimental for health, I’ve decided to:

My health felt better- but at the same time, I noticed that I have much lesser dandruff- I mean, they’re not really noticeable anymore.

Immediately after workout, your body temperature is high and your skin pores are open in order for your body to release heat into the environment to cool down. Bathing right after workout can feel ‘oh so nice’ but as your pores are all opened up, chemicals from shampoos and soap gets absorbed so much more easily to your opened pores. Now, most of these chemicals can cause irritation. At the scalp, your body attempts to dispose of these irritants by producing dandruff. But a greater cause for concern is the controversy that is associated with the shampoo, soaps and cleaning detergents that may contain harmful chemicals.

In the West, almost everyone drinks chilled/iced water and bathe at night or immediately after workout. But Eastern healers often emphasized that this practice is detrimental for health and is linked to the cause of bodily pains and arthritis later in life. I’ve always love to bathe right after workouts- but I’ve recognized the damage it is doing to my body- effects that I cannot see today but will come to fruition years later. So I made the decision to switch and change my habits because I don’t want to spend my olden days and hard earned money treating myself from the pain.

Let’s us realize that it is not worth to enjoy now but suffer later.

Effective and simple exercises to ease lower back pain

How to make weight loss permanent