I want to share with you an ad by True Move, that had gotten quite popular because it carries the English subtitle translation. TrueMove is a telco company based in Thailand.

The story begin with a boy who was caught by a shopowner for stealing 3 packets of painkillers and a bottle of cough syrup. The shopowner chased, scolded and pushed the boy, demanding why he was doing this. With downcast eyes, he muttered that those were for his mom.

At the same time, a nearby noodle seller who saw the commotion rushed out to see what was happening. He asked ‘is your mom sick?’ and the boy nodded, still with downcast face. The man then took out about 80 baht and paid for the medicine. The shopowner went off with a warning. He then called on his daughter to bring him a packet of vegetable soup.

His daughter, with the gesture of slight indignition as if being used to her father’s unbelievable kindness took out a prepacked vegetable soup and handed over with a jerk to his father. His father gently opened the plastic bag and put the medicine together with the soup and handed it over to the boy.

The boy, turned his head up – took the bag and ran away.

30 years later, the man, now older was serving customers. Suddenly his daughter called out his father- and gestured at a beggar asking for food. His father handled out a prepacked soup to the beggar, whom the beggar gestured with ‘anjali’ or thanks.

He was about the process the next order when he had what looked like a stroke and fell backwards. He was hospitalised and the bill came up to 792,000 baht (about RM80k and USD36k). The daughter cried, for the bill was beyond her financial means (they were just poor hawkers) and she was sad that she may lose her father. She had to urgently try to sell the shop and that also, could not guarantee that they could cover the treatment.

As she woke up after sleeping by the hospital bed, she saw a revised hospital bill. Maybe you should watch the video to see the ending….

It is not how much you give but the timing 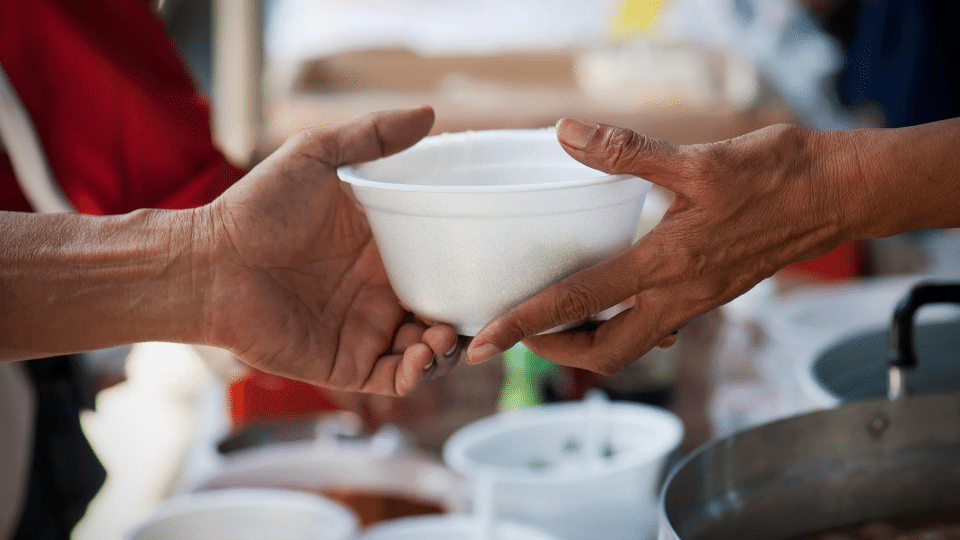 Many people don’t understand this- they think that the more the amount, the bigger the merit or the greater the giving. But it is not. Giving is about timing and sometimes money is not even involved.

When one cannot give in money, one gives in energy and time. It is far more meaningful if you could contribute energy and time for the giving, done physically and with stronger intention leaves a longer lasting impression within the heart.

It is also related to timing, not the amount. Example, my mom was sold off by her own mother into a servant family. From young, she was bullied by her adoptive brother but strangely, he paid the RM5 fee monthly for her school fees. It was that RM5 monthly that my mom was able to get an education and graduate as a SRN staffnurse. She told me that what that was paid for her entire tenor of education was less than what she paid for my one year in kindergarten. And yet it was the education that made the difference in her, freeing her from becoming a life or a servant or working in low paying jobs.

So you don’t need donate until you are broke. Give something that you can well afford. Sometimes when I benefit from a certain service or healer, I would write about them so that others know about the healer. It does not cause me anything- other than time and sincerity in sharing from my heart. But it helps the healer get more customers but more so for those who needed the help.

Sometimes you see that someone is feeling down, and you just offer words of encouragement, especially if you have gone through the situation yourself.  During the darkest period of my life, the unexpected words of comfort came from my colleague, who always wore heavy make-up and behaved like a Japapense doll. Seeing I was so down, she shared her own life’s tragedy and told me that ‘she really understand what I am going through now’.

Therefore, don’t let kindness and generosity leave your heart. Yeah, people is going to say that business and corporate life is a cut throat world and you cannot survive by being kind and good. Well, I’ve been working in corporate world for so many years including now, and I can tell you, it can be done. Being kind and helpful are NOT the same with being a pushover and a fool. You need to be firm and know how to say ‘No’.

Once you’ve learned to balance this, everything will fall into place.  Inner health and balance will translate to outer health. Inner turmoil, stress, cruelity and anger would bring into health problems.

Does karma plays a role in Covid19 pandemic?
Why Tragedy Happens to Good People
How your personality determines your state of health
Work Life Balance Gets More Difficult Once You are on the Top
Spread the love
Inner Peace, kamma

How to avoid feeling tired and sleepy after lunch

When your poop does not come out completely (Incomplete Defecation)

What to do when you are diagnosed with hepatitis B