If you think that you are doomed for life after discovering that you have a learning disability like dyslexia, don’t despair. No matter what, you can always work around your limitations and achieve the success. Surely, you would need to work harder than the rest, but the success you’ve acquired would be firm and unshakable.

Don’t believe me? How is a better way to motivate you than to share with you a truly inspiring story….. of a person called Douglas. 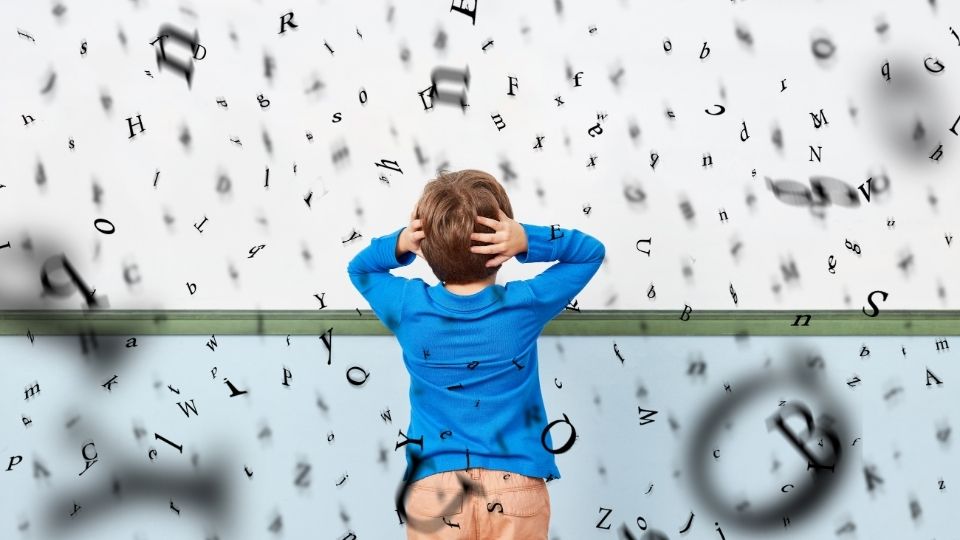 Douglas, grew up as a boy struggling with difficulty in learning- especially in mathematics. Even something as simple as multiplication was an enormous task to learn and understand. His mother would need to spend hours guiding him- constantly practicing subtraction, addition, multiplication…. while other young boys would be enjoying their summer, he would spend time trying to painstakingly learn something that is deemed so simple.

But Douglas never gave up- he worked harder than anyone else and eventually did well in academics- and went on to earn a doctorate in cognitive science from Princeton. No one knows about the issues like a person suffering it first hand. His dyslexia had made him wanted to work hard to help others who may be suffering like him, in his own words, “I wanted to figure out how to help that boy- and others like him- stop feeling so scared, sad, anxious about learning“.

Eventually, Douglas C Merrill emerged to be the senior vice president at Charles Schwab, before moving to be the Chief Information Officer (CIO) of Google before moving to EMI to become the president of EMI’s Digital Music and now, starting his company, Zestcash.com. His life has constant challenges- losing his beloved spouse to terminal cholangiocarcinoma (cancer of the bile duct). And yet, he rose above these challenges- in which should be a motivation for us not to give up in view of problems.

How I got to know is because I read his book, “Getting Organized in the Google Era” – which I picked up because I find that his organisation methods makes sense.

View our limitations as temporary setback and find a way to work out solutions- we have come to advancement today is because men and women, when faced with limitations, tried to find a way to solve them. Inventions, technologies, medicine, discoveries, treatment, space voyage…. all had started from seemingly ‘impossible dreams’.

Douglas was the former CIO of Google because he had always tried to develop systems and methods to manage his learning disabilities since grade one:

Given all these obstacles to learning (on top of my dyslexia), how did I, that scared kid, end up earning a doctorate and becoming the CIO at Google? Well, I did spend an inordinate amount of time in punk clubs, but I don’t think that’s relevant here. Kidding aside, here’s the deal: Because learning was such a struggle to me, I spent a lot of time thinking about how to get around the limitations my learning challenges posed. I worked hard to develop techniques and systems to reduce the stress on my brain and help me focus on only the information I really needed to learn. I couldn’t take anything for granted.

These extra efforts I made, these systems I developed for organizing information, helped me eventually succeed in school. Years later, as luck would have it, my efforts paid off in my career too. I was hired to help Google “organize the world’s information” partly because I’d been practicing to do that very thing, on an admittedly much smaller scale, since first grade.

Douglas Merrill, in his book “Getting Organized in the Google Era“

I hope his story would serve as a motivation for you not to look at any disability and conditions as the end of your world and life. But instead, for you to figure out how to get past that limitation and use that knowledge and skill to help others.

Even in school, I used to fare very badly during the usual school exams. I genuinely felt that I was dumb- because I have been called that by unkind teachers. The education system does not work for me and how I struggled during my school years and had to work harder than anyone else. I was able to pass exams is because I tried various creative approaches to learning including putting stories to chemistry and biology. When I went to university I also struggled with my studies- the only papers that I loved was management and entrepreneur papers. But today, I can tell you that academic results is never a measurement of a person’s success in life.

It is how you adapt and work beyond your limitations, be resilient and continue to get up and try again even though you have failed that would determine the level of success in your life, your enable you to live your life as a person you are truly meant to be.

During my initial year of working in the fast moving corporate world, again it was really tough for me.  I seemed to have some kind of learning curve problem. But the strange thing is once I give my heart into comprehending the entire structure, processes and methodologies, I would sort of “get it”. And once I “get it”, I would become exceptionally good – till new challenges come along.

Till today, I still have a lot of empathy (perhaps more than I should have- so much so that I often run the risk of burnt out– something that I am still trying to balance out) for those who are struggling to learn the multitude of information overload (required as part of their job).  Their struggles would always remind me of my initial difficult years- and how I did not want people to go through what I did. Therefore I put my heart in developing learning methods and communication to help them to the best of my ability.  It gives me a meaning and I felt happy that I can put my skills to help others and get paid for it.

So my friend, don’t be discouraged if the journey ahead felt like being stranded on the endless ocean with no shore. Paddle along, and you’ll find the shore. If you just sit on the tree trunk and wail, sooner or later the sharks would come and get you. But if you pray and aim for the shore, you may be able to survive… at least die trying.

Just don’t give up. Everything happens for reason- and many motivational authors who have worked to overcome their own difficulties and limitations, often are thankful for their initial setback. There are those with physical disability or deformity who never let it get in the way or their dream, or the founder of the cane exercise, who told that she could not walk again- ended up developing cane exercise to heal herself and now  help others.

8 Tricks to Improve Beauty
What to do when you are diagnosed with hepatitis B
Emotional causes of bad breath
Buddhist explanation of why illnesses and suffering arises
Spread the love
Calendar 2022 (USA holidays with motivational quotes) is available for free download (pdf printable format).
Related Pages: Pregnancy  | Children |  ADHD/ Asperger/ Autism
disability, mind over matter, motivation

Why drinking too much tea can cause stiffness and pain