Interesting by unexplainable symptoms of heartburn- nothing turned up at tests and all over the counter medication relief were not effective: 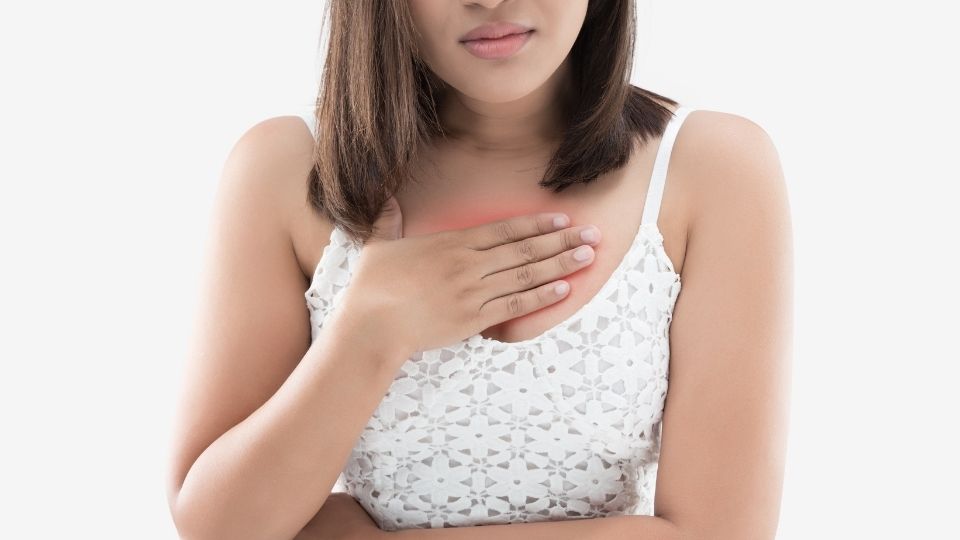 Doctors don’t seem to have a clue what’s going on. Any ideas?
At 17, I was already having heartburn after eating/drinking certain things. When I turned 19,  it had gotten to a point that it didn’t seem to matter WHAT I had, I still got heartburn. I tried just about all the over the counter (OTC) medication out there. They would work for a couple of weeks, and then I’d have to switch. So, I decided it was time to see a doctor about it.

I explained that I knew my family had a strong history of gall bladder issues (my father, and his mother both had theirs removed, my uncle on my mothers side also had his removed – and my grandmother & great aunt on my mother’s side both take medications for it). She simply stated I was “too young” for gall bladder issues and told me that I have GERD. I was put on Nexium for the next 3 years.

When I got to a point that the Nexium wasn’t working 100%, I saw a different doctor at my clinic. I was sent for an ultrasound to check out my gall bladder, and also for hiatal hernia, as I was having strange stomach pains.The only thing they found, was that I had 2 gallstones. I was referred to a GI specialist, who changed my medication to Dexilant, and wanted to look further into it.

I had an upper endoscopy, colonoscopy, and also did a 2 hour GI study – all normal. At one time, I thought it could be my weight, as I topped out at 180 last year (5’6). I’ve lost 13lbs this year and no change. I also just found out that my sister – who is 21, 5’4 and about 125lbs is also having issues. She went to her doctor about acid reflux issues, and they also put her on Dexilant right off the bat.

It isn’t just greasy or spicy foods. It’s everything. The acidity or spiciness of a food/drink may determine how BAD it gets at times, but has no bearing at all on whether or not we’re actually getting it

What is going on? Could it be as simple as a gall bladder issue that no one wants to consider, or something that no one has checked out yet? Has anyone else had a similar experience?

My humble opinion on the condition above:

Actually our emotions are very closely experienced and mimicked by our digestive system. If we are nervous, our stomach would feel queasy and when we are stressed or overwhelmed, we would feel ‘wind’ in the stomach- ie experiencing sharp pains.

When the food that we are supposed to eat wanted to find its way out, it seemed that it is too difficult for us to digest and process the food. Connecting to our life experiences, perhaps it is something that we are going through- stressors that we find difficult to accept and take in. Was we going through a bitter, painful or distasteful feeling that we feel we could not take it anymore?

The choices we make in life are often influenced by our upbringing and by what we have been taught since young. If we have been taught not to take risks, and the fear of bad consequences have been instilled in us, it may make us timid and fearful of change. But life is getting more and more competitive and challenging. In order to be able to excel in anything, a great deal of courage, persistence and perseverance are required. Sometimes, like it or not, we have no choice but to take calculated risks- after evaluating the pros and cons.

Many members of your family seemed to have similar belief systems- and that could explain the collective symptoms on why many members of your family suffers from gallbladder issues. If you read my previous post Link between gallbladder and gallstones and our unresolved emotional issues, I myself used to have a relatively weak gallbladder which corresponds to my fear of taking risks then (my friends used to think I am a timid person and they were surprised at my change). After I’ve changed to learn to face fear and take a road less travelled, my digestion improved.

It is just my opinion- since you have already done all the medical tests, take the prescribed medication and nothing seemed to help. If the cause is physical, then medicine would take care of it. However if the cause is emotional or due to our mindset, the symptom may be suppressed for a while with medication, but it will return again because the cause has not been addressed.

Why do my tonsils keep swelling up?
Connection between heart valve problem and chronic sinus- Mind Body Connection
Reason to consume less fat
Why do I feel like throwing up whenever I eat?
Spread the love
digestive, gallbladder, mind over matter

Benefits of Drinking Water on an Empty Stomach

Why Do I Get Knee Pain after Exercise?

Why can’t I just fall asleep?

Breaking a bad habit
Help how to cure my laryngitis quickly? I’ve got public speaking tomorrow!