I just came back from a funeral of my cousin who had sadly passed away from nose cancer (nasopharyngeal cancer or NPC). I would like to write about as I’ve already lost 3 of my relatives to NPC.

My cousin came from a very harsh and difficult childhood, and despite the odds stacked up against him, build his own luck and success. When he was successful, he turned and supported those around him. When my auntie (also his auntie) was bedridden due to stroke, he paid for her nursing home and took care of the expenses for two years while she was there.

His cancer came without much warning- he was just having some nose bleeds and when he went for checkup, it was discovered that he had nose cancer. This only happened last November. 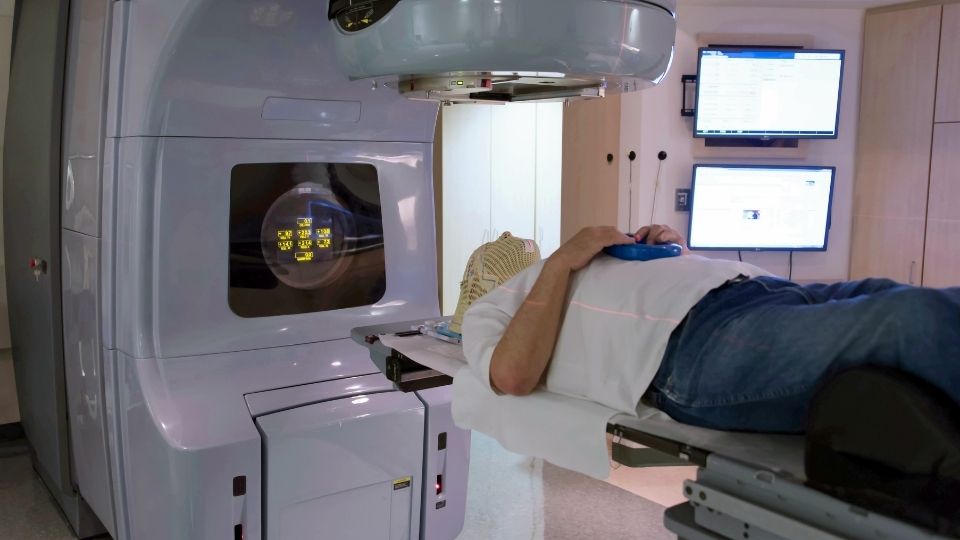 Upon advice by oncologists, he underwent both radiotherapy and chemotherapy (now the trend is to do both). But strangely enough, he actually changed a few hospitals because the radiotherapy machines of the first and second hospital happened to break down when he was there. Eventually he sought treatment at a third hospital.

Because the radiotherapy had literally burned and caused open wound in his mouth and throat area, he had great difficulty eating and eventually his weight dropped. He had also opted for vegetarian diet but eventually- he could not swallow well, so he only drank the special formula non lactose drink that was formulated for cancer patients (I cannot remember the name but Ensure and Enercal Plus are similar).

Some observation that patient needs to take while undergoing cancer treatments:

Without nutrition, the body- immune and organs are not strong enough to function and fight the invasion of cancer cells. No matter what, the person must try to get as much nutrition as possible into the body.

If the swallowing effect is lost, one must retrain to make the throat swallow. Start by small portions and try gulping down with small doses of water. It’s like a baby learning to walk- one must retrain and retrain the swallowing effect. Remember, without food and nutrition, the body would become weaker and weaker. My cousin brother almost stopped eating when his mouth felt dry and when he had problem swallowing.

Cut food into small morsels and cook them in porridge style so that easy to swallow and is nutritious.

It’s a sensitive issue and a very individual decision- but from most cases I see, vegetarian or organic diet does not seems to help. The body requires animal protein to rebuilt its red blood cells, weakened muscles, etc. If there is no enough nutrients, it’s hard for the body to survive. I know some said that meat is ‘poisonous’ and ‘toxic’ to the body. But too much of vegetables- especially the raw ones is too ‘yin’ or ‘cooling’ for the body. And a system that is too cooling is contusive for cysts or tumor growth. Think of your white blood cells as little soldiers fighting the war and go round gobbling down cancer cells around the body. Already weakened by the effects of chemo and radiotherapy, without nutrition, how can they put up the right? “Starve the cancer cells” and you would end up starving your own good cells as well.

When I met my uncle at the funeral (he took care of my 3rd auntie who eventually passed away from NPC as well), he told me that is very important for a person in this condition to get food into the body. The body cannot rely on the formula milk alone (even though it’s helpful to help fill up any missing vitamins and minerals from the daily diet). Like my cousin brother, my auntie had also refused to eat (stubborness is a strong trait in our family).

Radiotherapy causes the body to really heat up- it’s important to be able to drink enough water. Use a syringe if have to- keep it by the bedside at night over a cup of water and syringe to put in water.

During the beginning of radiotherapy, there would be an overactive mucus secretion- and then the mouth gradually becomes dry.

For the dry mouth, smear the tongue with real honey (be careful on the non pure honey sold in the market). You may use honey like Manuka honey. To know it is real honey, leave a little exposed and see if the ants dive straight inside it- if the ants just go around the honey but not inside it, then the honey’s quite pure. If the tongue cannot stick out, the person has to find a way to smear it. Sometimes, a piece of grape can help to reduce the dry mouth feeling. Because the dry mouth can keep one up all night- and with inadequate rest, it can further affect the body’s resistance and immune.

State of mind is one of the most important factors in overcoming this. We may or may not overcome the cancer- and worrying about it would weaken our body. But the advice my teacher (a cancer survivor) always give- the body and the mind are two separate entities. The body may not be well but don’t let the mind be sick too. She had always advised those to do practice breathing- breathing in long and breathing out long to relax the mind. If the mind thinks too much, at the point of breathing out, to pause for a while and let the breath out slow and long. It’s a simple exercise- but her students who do it are often amazed at the effect- it relaxes their mind and enable the mind to let go.

Because of lack of nutrition – because basically my cousin brother could not eat and ended up taking only formulated milk for cancer- his body could be too weak to take the onslaught of aggressive chemo and radiotherapy treatments. He had lost tremendous amount of weight (he used to be quite a plump guy). By February, the cancer already spread to his spine and bones and he was in a lot of pain towards the end. And when he found out the cancer had already spread, he still choose to continue with the treatments.

I wondered- wouldn’t it be better if he had opted for quality of life instead of quantity? To use the time left to take care of any unfinished business and do stuff that he had wanted to do but never found the time. The doctors would need to prescribe the treatments as what is the prescribed mode of treatment. They cannot deviate or go by their ‘gut feeling’ (that is if they had any)- because if anything goes wrong, the patient’s family can sue them for not following ‘protocol’. And so they need to play safe but prescribing the form of treatments suggested in medical texts. The question is, is it the best?

On the other hand, if one opt for a total overhaul in lifestyle at the wake of the cancer diagnosis- ie eating healthily, practice qi gong, relieve stress and change mindset…that is healing without conventional treatment- it’s a commitment one have to do for life. It’s really not easy- for instance, if a cancer patient chooses to practice qi gong and heal negative emotions….she would need to do this for life without slack. The moment she slacks- the cancer may come back. And also, too many people- had lost touch with their bodies and emotions for too long- sometimes the cancer is already too aggressive- so holistic approaches alone would not be effective.

It’s often a very tough choice….but faced with such crossroads, the patient and the family would need to choose- quantity or quality …and would have to live with the outcome…good or bad.

Video on my YouTube channel on Radiotherapy side effects on oral and throat cancers:

My ongoing journey in discovering my true calling in life

Tonsil issues and cancer- and link to ‘swallowing’ one’s emotion

Is Facebook and social media making people feel more lonely, depressed and isolated?
No matter how stressed you are, there’s a way to work around it