Sometimes people we love change into a way that it become painful for us even look at them. Some examples:

The body, which sometimes may literally translate the message, when the person thinks ‘arrrgghhh, this is terrible, I don’t want to see or know’  may cause the eyesight to suddenly fail- such as being unable to see well or the powers drastically increasing. And eventually, the eyesight become worse. 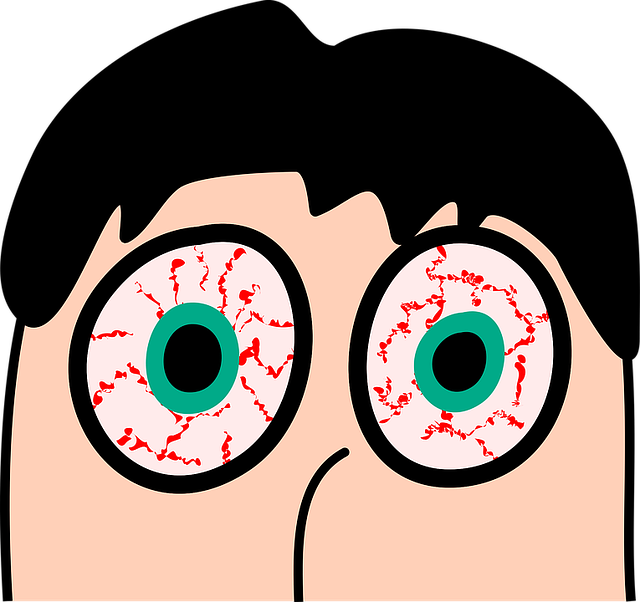 When inflammation accompanies the eyesight problem, such as in the case conjunctivitis, swelling or painful condition where the person is unable to see, an element of anger or repressed anger is present. A person who finds that she constantly suffers from recurring inflamed eyes should examine if there’s someone in her life that is annoying her so much. A good time to start is to determine usually under what condition that the inflammation happens- is it when about meeting with a particular person or deal with a particularly uncomfortable situation?

Of course, I would not discount the roles of vitamins, unsuitable contact lenses, allergy reaction and the fact that you should not have the bad habit of constantly rubbing your eyes.  But when the condition becomes a recurring one, that’s when we should perhaps check if there could be a deeper cause…especially if the eye specialist could not find what’s wrong with the eyes.

Here are some real life case studies I would like to offer:

1. A lady in her 60s recently suffered from very painful and inflamed eyes. As the result, she was immediately attended to. But the ophthalmologist could not find anything wrong with her eyes. The only thing he could offer her was for her to put some drops of artificial tears. It provide some form of relief but did not take away the pain.

Upon further probing, I discovered that the day she went to the hospital was the same day as her son was supposed to come back from overseas. This son, had disappointed her greatly before and it became so painful that she could not bear to look at him (previously she had learned to turn the other way but her body could not deny the hurt she was feeling). Anyway, her son seemed to have changed and become filial- taking care of her. Her condition disappeared.

2. For a period of time not long ago, I was experiencing a funny sensation in my eyes- it is uncomfortable….as if the pressure is building up in my eyeballs- the one on the right. Worrying that it could be glaucoma (even though I am too young to have it), I went to see an eye specialist for a full checkup. After poking my eyes with special machine that has a needle and having me go through a test by looking at spots of lights inside a machine- classic tests to diagnose glaucoma, as well as examining my eyes, she could not find anything wrong or unusual about my eyes.

That period, I was going through some tough time- there is this person who really had disappointed me- whom I wish I do not need to face often.  Sometimes, the one you trust the most can disappoint you like no other. Anyway, I made peace with the situation and solved my conflict with that person. That uncomfortable sensation in my eyes also went off by itself at the same time.

It’s not to say that the situation applies on every case. But it is worth to look deeper into a possible mental or emotional underlying cause. If the cause is emotional, facing and solving the issue can just make the condition disappear.  The body is not trying to inconvenience us, often, it is trying to tell us something.

A cancer diagnosis that forces a woman to relook her life
When Cholesterol LDL levels is not under control- Mind Body Connection
Persistent cough with no cure and how it relates to stress and depression
Why my mom had glaucoma and was healed from it
Spread the love
eyes, mind over matter, pain