When I wrote the article Stomach Pain/Spasms- Due to excessive wind element,  I’ve included dietary changes that I’ve made that helped me to relieve the condition. Yet, there seemed to be no complete cure as I do suffer from the problem occasionally in the past.

I thought of writing this article through a recent experience shared with me by a colleague in my office. She is from outstation and when she first started her job and undergoing training, there was not much stress. I had asked her if the travelling (her home is about 60 or 70km from our office and it takes her more than a hour to get home as she had to go through a bus, then train, then bus and then she ride motorbike back from the bus station back to home).  She told me she had no problems adjusting and that the travelling did not deter her. In fact, she said a lot of people actually work outstation as she was seeing familiar faces that used to travel with her everyday. 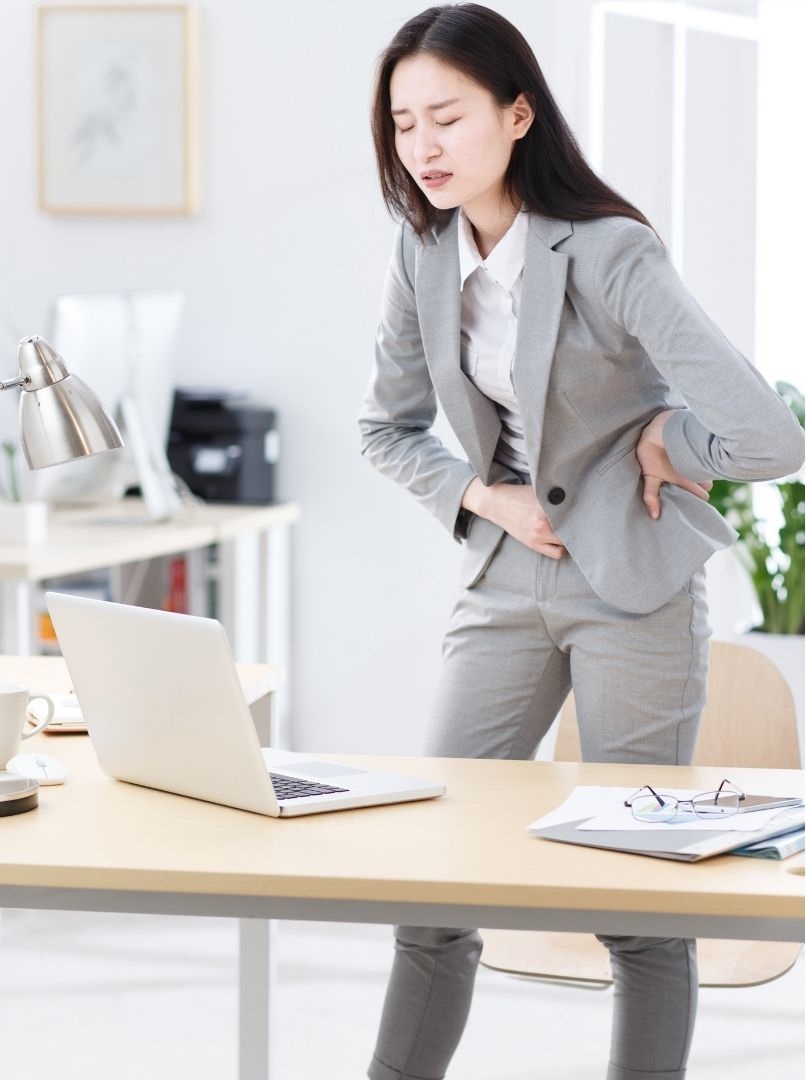 But after she completed her training and it’s time to be ‘on the field’, she came to me and told me about some health problems that she had just recently acquired- she’s getting gastric and sharp pains (that she felt like trapped wind) in her digestive track. And she is not sleeping well- previously, she’d never had sleeping problems. I really hope that her problems are temporarily and once she becomes familiar with the processes and myraid of overwhelming information, her nervousness and symptoms would dissapear. I shared with her when I first started, it also took me sometime to learn the ropes- it’s a phrase that one had to go through when new on the job.

Diet plays a role- but food would not have such a dramatic effect on you if you are relaxed and happy. I know this for a fact when I stayed in Thailand- where a lot of the food is known to trigger wind problems- such as gluttonous rice (pulut), food with thick coconut milk (santan), iced Coke (favourite drink amongst many Thais), food with lots of chilies/spices such as tomyam. But my life was relatively stressed free- so despite of taking these type of diets, I seldom have such problems.  When I was working previously, the slightest mistake in food intake can sometimes trigger sharp pains in my stomach, the wind felt like tiny needles pricking me.

It is important that we learn to listen to our body and the message that it is trying to tell us. If you have recurring wind in the stomach attacks- ie sharp pains, you need to check your reaction to stress.

Those who have gone through the experience of nearly being drowned would know that one tends to swallow a lot of air. It’s the same with the situation at work, home or in a relationship, when one often feels overwhelmed- due to fear, uncertainty, lack of knowledge and skill- one may literally swallow air. Coupled with the fact that when we are stressed, our digestion goes haywire- so the trapped wind causes pain. Or having intense fear- of an important meeting, public speaking, speaking up, etc- it can also trigger the situation.

Sometimes the stress phase is temporarily as we are undergoing new changes in our life. Once we settled down, the condition would usually disappear.

But if the pain doesn’t go off, and that despite making dietary changes, then you need to find a day to deal with the stress- either caused by the way you handle the job and expectations placed on you or your relationship with other people. You may choose to run away, but believe me, my friend- unresolved issues would come back in another form in your next job or relationship. Sooner or later they need to be dealt with and laid to rest.

Some ways of dealing with uncertainty and fear is:

Why drinking too much tea can cause stiffness and pain