This is not the only case I have of someone with such condition. But Anne’s story (not her real name) can offer an insight on how our personalities can map out certain specific health conditions. 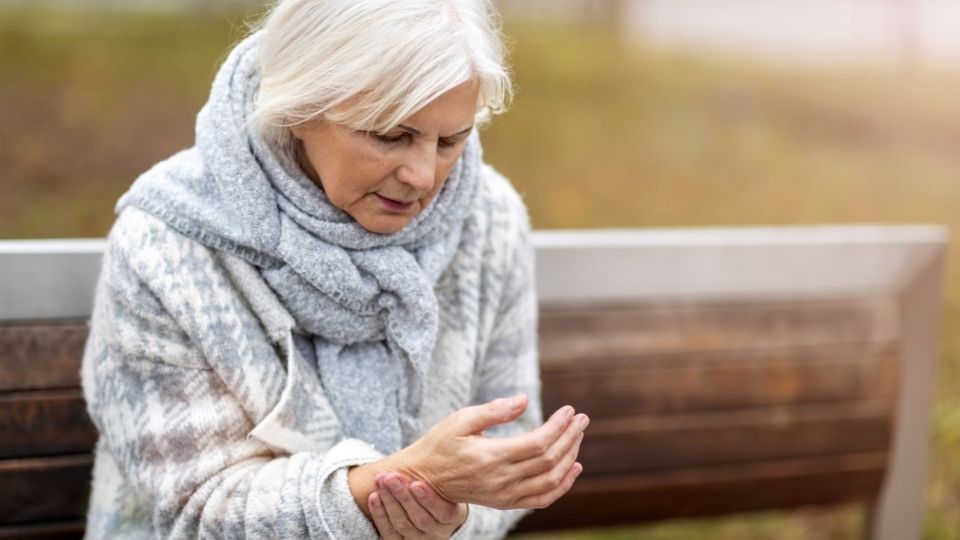 Anne is almost 70 years old now. She had suffered from arthritis, joint pain and high uric acid. If she as much as eat a small piece of duck meat, her uric acid will flare up so badly that her points will be so painful. She has to take a powerful painkiller each time she is out on social functions because she does not want her pain to affect her quality time with her friends.

Today, her condition is very much improved- the pain is much lesser (without the aid of any painkillers or treatment). The interesting thing is that there is a recent positive change in her life that seemed to correspond with the improvement of her condition.

Let me start from the beginning….

She was born as one of the 8 girls in a poor family. When she was young, her father abandoned the family, leaving her mother with no money to fend for herself and her young children. The mother worked very hard by tapping rubber.

As a child, Anne was rebellious, strong willed and constantly say/do things just to annoy her mother or when she felt her mother had been unfair. Her mother, tired from coming back to work and having so many mouths to feed would use the cane on her all the time. But Anne was the type that would not shut up even when she beat her with a cane- instead she would stare at you with steely eyes and continue to argue back.

As such, her mother used to get angry and say to her, “you annoying girl, even if you die your mouth also refuse to die!” (translated to hakka, it contained much heavier words and these words surely stung deeply, more so to a child)

Anne grew up to be a strong will, intelligent but stubborn and unrelenting person. During the time when she was working, she was not afraid to stand up for bullying bosses. Her product knowledge, skills and abilities were excellent- her immediate bosses who always practiced favoritism had tried to get rid of her many times. But they were not successful, instead, they sometimes got into trouble. Her work was perfect and she had strong work principles- always doing the right and very hardworking.

However, the same trait also created a lot of stress and tension in her. She had to always be on guard and on her feet to make sure that her work cannot be faulted. She had to because her nasty bosses (she seemed to get a lot of nasty ones) would spent a lot of time trying to catch her fault.

She married a loving and kind husband who dance to her attendance. When she gave birth to her daughters, her husband was the one who woke up every night to feed each of the daughters when they were babies. When her friends commented that perhaps Anne should be doing, Anne retorted, “it’s his job what!”

Her husband actually worked in a high corporate position and yet at home, he was really attentive to her. Anne took her husband for granted all the time. Until one year, she got adult chicken pox and her husband stayed by her side, sponging and tendering nursing her back to health. It was then she realized what a gem he was and from then on, she started treating him lovingly.

Unfortunately, two years later from her chicken pox, her husband suffered a heart attack and died in her arms. By then, their daughters had all grown up, had their own families and moved out. She did not want to move in with her daughters- she wanted to stay alone.

When you see Anne, she will spent a lot of time talking and reminiscing the past. She spoke of her childhood, her mother, husband, her job and annoying bosses. Her double story home (which she shared with her husband) remained the same way it was years ago- with the same TV, video player, furniture. A clear photo of her husband hung on the wall. The entire home seemed dark and gloomy. She had spent days of her life watching just drama TV from the Chinese table TV.

Still, the house is well maintained because she is very particular about tidiness and cleanliness.

With each passing her, the pains she suffered in her body just seemed to accelerate. Rainy days were painful days. There were days the pains were so bad that she was literally on all fours and tried to crawl herself up to her bedroom upstairs. When she went out for social gathering, she had to take a strong pain killer in order to be able to enjoy the occasion a little better. Long distance on the road will cause her a lot of discomfort. Her condition seemed to be getting worst. Her daughters have been urging her to move in with either one of them (fortunately all her daughters and her son-in-law love her). She had vehemently refused because she was attached to the home, the memories.

When I spoke to her, I kinda get the feeling that:

Kindly read the previous article where I explain attributes maintained for years like stubbornness, strong will, regret, feeling unloved can affect a person’s health.

How she got better

Her main weakness was her attachment to the Chinese cable network, which was sponsored by her eldest daughter. The daughters, worried that their mom’s health seemed to be deteriorating, came together and hatched a plan.

The Chinese cable network was terminated.

When she could not watch TV after a few days, she called up her daughter. They told her that the service had been terminated and they wanted her to sell the house immediately and move it with them. At first she was stubborn, but fortunately a friend managed to convince her to move it with her daughter.

A lot of her old stuff from her double story home had to be thrown away or sold because she was only given one room (with attached bath and her very own separate Chinese cable TV network).

After she moved in to her new home, I could see a huge improvement in her- she was much more jovial, and her pains seemed to be very much reduced. Bear in mind that she had been having lots of pain for more than 10 years and now she had lots of relief and need not depend so much on medication.

Here’s the changes in her life the past year:

When one chose not to ‘hold on’ and instead learn to let go of the past, the body will gradually learn to let go of toxic buildup in the joints. Therefore, her body is not longer actively accumulating uric acid, like how it was accumulating past painful memories. She also had less time to relive all the olden memories of her bad nasty bosses and about her work. Her attention is being diverted by her cheerful, hyperactive and inquisitive grandchildren who really adore their grandma. She is no longer desperately going around to search for sleeping tablets or painkillers.

Children have a magical effect on almost any grandparents. They make them laugh. Anne has to be flexible, creative and positive around her grandchildren. She could not do it even if you teach it to her- but as it turns out, her grandchildren become her teachers. Was it a mere coincidence that by being more flexible, cheerful and happy, her stiff and unyielding joints become more pliable?

Simple tools for pain management and self massage
When life loses its meaning after retirement
Kidney pain that went off with the extraction of a problem tooth
Overcoming Lower Back Pain Through Exercise
Spread the love
Calendar 2022 (USA holidays with motivational quotes) is available for free download (pdf printable format).
mind over matter, pain

Activate your circulation with a simple tool

Pain relief you can do on your own using gua sha

Recurring sore throat that does not go off with medication
How personality traits can influence arthritis, severe joint stiffness and high uric acid.