Some people suffer from constant running nose- possibly due to allergies or choice of food intake. There are those whose sinus is so bad that they have to literally go around with a few handkerchiefs- and their nose may run for no apparent reason, causing a lot of embarrassment.

When I was young, I remember suffering from consistent running nose. My mom used to take back free samples from pharmaceutical companies and made me take the medicine. Or it would be piriton, artified, anti histamine prescribed by her doctors. A lot of this medication used to make me sleepy during class. Already not being a natural morning person, waking up to go to school was tough. Having to take medication made it worse. I do object to this at times but my mom gave the medication with good intention, believing that they will work. The only thing that she does not give me is antibiotics- possibly because they know that they have side effects. 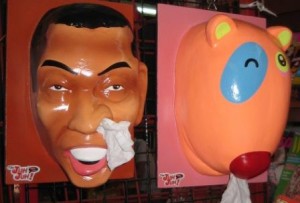 How I say no to medication from my mom

I still remember when I took the English 1119 paper when I was 17, I could not sleep the night before the exam because I was so tensed. So my mom made me take a light dose of valium. It was a total disaster! The valium not only made me unable to sleep, but the next morning, while I had to take the exam, its effects were felt. I felt totally dazed and my mom was numb- it was like unable to function or think properly. I had problem comprehending sentences and instructions in the exam paper.

Needless to say, I did badly for the exam- I got a C6 despite being relatively okay in my English then. After that incident, the moment my mom as much as suggest that I take any medication, especially sleeping tablet, I will remind her of the incident. That’s enough to stop the nagging.

Eventually, I did the following that reduced the frequency of my sinus outbreaks:

Looking back, I believe this, coupled with my family history of illness and those of people dear to me has driven me to continously seek out other complementary healing methods. Just last weekend, I was doing spring cleaning for my home and was pleasantly surprised that my nose did not act up when it came to contact with dust- in previous years, I could fill a whole waste paper basket with tissues from my sneezing- despite wearing a surgical mask when doing the cleaning.

A well known financial planner, Jeffrey Chiew also wrote, in his book The Millionaire Formula on how he used to suffer from terrible sinus when he was younger. He could not go anywhere without a hanky and when his nose was acting up when he was meeting with people, it got very embarrassing. He was told by more than one doctor (he went for second opinion) that there was nothing they could do- he would have to live with this condition for the rest of his life. He was given medication that made him drowsy.

He read a book on subconscious programming and set a goal to cure his condition by November the same year. In his words, “I began each day with two glasses of water and a multivitamin, fortified with the strong belief that I would eventually be cured. Miraculously, my sinus problem disappeared by September that year, two months earlier than my target!”

Jeffrey Chiew grew up in poverty and rose to become a millionaire by the age 25. And he longer measure the millions in ringgit currency- but in USD.

That goes to say, my friends, if you suffer from chronic sinus since childhood, you need not live with that condition for life. Cure is possible through other means- healthy lifestyle and a dose of positive thinking goes a long way. Logically, you may find it hard to believe. But if you were told that there is no cure except lifelong medication, you have nothing to lose but to give these methods a try  🙂