I want to address the issue of mobile or hand phone possible health effects because I personally experience unpleasant and slightly painful sensations on my cheeks, scalp as well as a little pain on my eye and eye- all of which happened on the RIGHT side where I hold the phone. These symptoms appeared almost immediately after I call or take a call (that I have accidentally dropped on the floor a few times) and last till about an hour or so.

I have done a bit of research and found a good article from the internet, written on almost similar symptoms that I would like to share with anyone who maybe suffering from the same problem: http://occmed.oxfordjournals.org/cgi/reprint/50/5/366.pdf

The article would convince you that if you are using a mobile phone that you suspect is defective, you need to change it immediately for the sake of your health, and consider using a hands free kit (but don’t put the phone in your pockets either due to the radio frequency concerns). 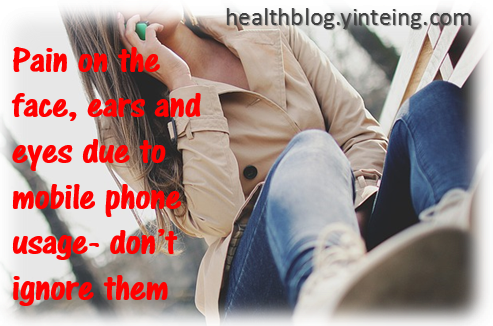 I’ve summarized part of the article in layman language but please refer to the link above for full details:

40 persons from diverse occupations described unpleasant sensation or dysesthesia at the scalp. It is sometimes a burning feeling or a dull ache that could come minutes after beginning a call or later during the day.

According to Wikipedia, dysesthesia is defined as an unpleasant abnormal sensation. It is caused by lesions of the nervous system, peripheral or central, and it involves abnormal sensations, whether spontaneous or evoked, such as burning, wetness, itching, electric shock, pins and needles.

A case study was shared in the report:

A 72 old businessman who uses the mobile phone on his right side suffered from the following symptoms: 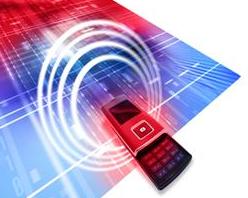 The patient suffered from dysesthesia after prolonged use of mobile phone, their one-sided localization- means not both sides of the face has it but only the side where the mobile phone is used.

The retinal symptoms, while possible due to the patient’s age (72), doubt still arose because it only happened on one eye (the side where he used his mobile phone). Therefore, radio frequency radiation in the orbit is implied.

Symptoms like pain and decrease in skin sensitivities may not show up in CT scans but more detailed tests such as those found in the article may prove that there are dangers associated with consistent mobile phone usage. Neurological abnormality may explain recent sleep disturbance, raised blood pressure and cognitive effects after mobile phone field exposure.

You may want to consider changing your mobile phone when the following symptoms appear (compiled from my personal experience):

Normally after you dropped the phone and it displays ‘abnormal characteristics’, don’t try to stinge on the money.  Get the thing replaced as soon as possible (especially if you feel abnormal sensations after using it):

When buying phone, avoid buying the imitation or the made in China type. I was told that for the same series of Nokia or other brand, there are legitimate but more affordable ones made in China- the quality is slightly off but the price is cheaper. I was misled to buy these type of mobile phones a few times and they display the above symptoms less than a year after use.

If you have the tendency to drop your phone, invest in a good padded mobile phone pouch that you can buy for RM5 (less than USD 1.50) from the night market. And have the discipline of always putting your phone into the pouch when not using or right after use. If possible, use hands free- it’s better to buy the original than imitation.